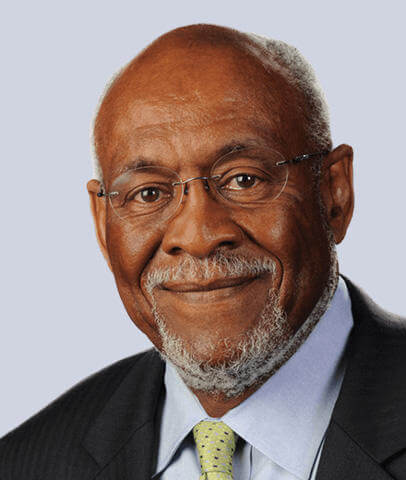 Howard on Africa In-Brief
A publication of the Center for African Studies, Howard University

Ambassador Johnnie Carson, U.S. Institute of Peace and Former Assistant Secretary of State for the Bureau of African Affairs spoke at the Symposium: Re-Shaping US-Africa Policy and the Role of HBCUs on February 19, 2021.

•    Howard University remains an important and critical player amongst HBCU’s and overall US-Africa relations;
•    Encouraged by the changes, and recognizing the continent’s growing importance, successive Democratic and Republican Administrations embraced Africa.
•    The Bush and Obama administration brought about formalized partnerships between Africa and the U.S. including humanitarian, security and economic cooperation;
•    The last four years under the Trump Administration marked a low point in U.S. relations with Africa – reversing the steady improvement which followed the end of the Cold War;
•    President Biden’s victory is good news for Africa;
•    This is the moment to recognize Africa's intrinsic importance with regards to international community, its rising middle class and youth bulge and entrepreneurism/economic opportunity.

Comments from the Ambassador

Thank you for that very kind introduction. And thank you again for inviting me to participate in today’s conference.  Howard has a very special and important place among HBCU’s and also in the history of U.S.-Africa relations.  Howard has trained and educated thousands of African students -- many of whom have made enormous contributions to their countries and some of whom have become ambassadors, cabinet members and presidents. Howard has also produced a large number of Black American diplomats and international civil servants from among its students and its illustrious faculty.  Today’s program is a continuation of Howard’s active engagement in helping to shape U.S. views, attitudes and policy toward Africa.

I was asked to say something this morning about U.S. policy in Africa in the post “Cold War” era – which effectively ended with the dissolution of the Soviet Union.

I think it is important that as we look ahead to a new era in U.S.-Africa relations that we need to look back to learn from the past in order to avoid repeating old policy mistakes.

The collapse of the Soviet Union in December 1991 marked a significant inflection point in U.S. policy toward Africa.

Prior to the downfall of the Soviet Union, American political and diplomatic engagement in Africa was heavily influenced by the intense and sometimes confrontational relationship between Washington and Moscow.  Although there were some bright spots in Washington’s engagement with Africa, (including the assignment of hundreds of Peace Corps Volunteers and the provision of millions of dollars of food aid and foreign assistance), Africa was largely a small piece on the chess board in East-West relations.

Cold issues were dominant and democracy, human rights and good governance were not at the forefront of our policy dialogues.

The U.S. befriended a host of corrupt and brutal African dictators like Mobuto Sese Seko and Daniel Arap Moi in exchange for their votes at the UN, their recognition of Taiwan, and their refusal to grant Russia, Cuba and East Germany military basing facilities in their countries.

As a part of its anti-communist strategy, Washington continued to support white minority rule in southern Africa.  Washington joined South Africa’s white apartheid government in labeling the ANC as a terrorist organization and Nelson Mandela as a dangerous terrorist. It also refused to support the independence of Angola and Mozambique, largely to protect US access to naval facilities in Lisbon and the Lajes airbase in the Azores. Legitimate independence movements from those two countries were branded as communist leaning organizations and were shunned.

The collapse of the Soviet Union in 1991 was a major turning point in U.S. policy in Africa under both Republican and Democratic Administrations.   With the Soviet political and economic system totally discredited, Africa ceased to be a battleground in Washington’s competition with Moscow.  Politically, the U.S. began to advocate for multiparty rule, stronger democratic institutions and greater respect for human rights.

Economically, the United States stepped up its call for African countries to implement meaningful market based  reforms and launched a series of development initiatives designed to spur greater economic and trade relations.

African nations responded to the global changes and initiated their own democratic and economic reforms.  Across the continent, governments adopted multiparty constitutions, established term limits for presidents and held regular elections.  The economic reforms were equally impressive.

After two early policy setbacks in Somalia and Rwanda, the Clinton Administration set the tone for Washington’s post-Cold-War engagement in by the next three Democratic and Republican Administrations.

The Bush Administration established PEPFAR, the President’s Emergency Plan to stop the spread of HIV/AIDs as well as the Millennium Challenge Corporation to provide major infrastructure grants to developing countries.  And the Obama Administration went even further, launching:

Washington also collaborated with African countries to deal with a host of transnational issues, including terrorism in Somalia and the Sahel.
Following the catastrophic terrorist bombings on the U.S. embassies in Nairobi and Dar es Salaam in 1998, and the 9/11 attacks, the United States  – under both Democratic and Republic Administrations – stepped up its military engagement in Africa and made security cooperation an increasing aspect of its policies.

The Bush Administration opened a military facility in Djibouti on the East African coast in 2001 and six years later, in 2007, established AfriCom  -- a unified military command responsible for U.S. engagement across the continent. Military and security engagement in Africa continued under the Obama Administration as it sought to eliminate the al Qaeda East Africa cell in Somalia and to train African militaries to deal with emerging threats in other parts of the continent.

In 2016, after eight years in office, President Obama had elevated Africa as a priority and had undertaken a score of new high profile public initiatives involving Africa, including hosting the first ever U.S – Africa summit with 50 African heads of state.  When Obama walked out of the White House on January 20, 2017, Africa’s standing in Washington had never been higher, and there was a feeling that relations were moving in the right direction.

The last four years under the Trump Administration marked a low point in U.S. relations with Africa – reversing the steady improvement which followed the end of the Cold War.

President Trump’s policies uprooted and unraveled U.S. foreign policy around the globe and his policies and vulgar comments about Africa were laced with contempt, personal disdain and racism.

While the Trump Administration left in place most of the major Africa development and trade programs of its predecessors, many of Trump’s “America First” polices demonstrated a strong anti-African and anti-Muslim bias.  This is particularly true of the Trump Administration’s aggressive anti-immigration policies.  Trump’s visa ban on seven predominantly Muslim countries included five African countries -- Sudan, Somalia, Chad and Libya  -- giving the appearance that the ban was not only anti-Muslim but anti-Africa.  The Administration’s visa policies also seemed to target Nigeria as it later imposed major immigration restrictions that excluded all but short term business travelers from that country.

The Trump Administration’s hostility toward multilateral organizations also had a negative impact on Africa.  The decision to pull out of the 2015 Paris Climate Change Agreement eliminated America’s $2 billion contribution to the Green Climate Fund.  A significant portion of that money would have gone to Africa to help build resiliency against climate shocks.

The Trump Administration also backed away from democracy promotion in Africa, which had taken on greater importance following the end of the Cold War.  Funding for democracy programs administered by the State Department and USAID came under serious attack from the White House and the Administration toned down its diplomatic demarches and public statements on democratic backsliding, fraudulent elections and political crackdowns on civil society and the media.  The Administration’s disregard for democratic norms at home and abroad probably emboldened a number of authoritarian African leaders to abuse their authority, undermine their constitutions and entrench themselves in power.

One of the most disturbing aspects of Trump’s foreign policy was the re-introduction of great power competition in Africa.  In a major speech in December 2018, former National Security Advisor John Bolton  -- using language reminiscent of the Cold War  --   asserted that the greatest threat to Africa’s progress and success was “not poverty or Islamic extremism, but an expansionist China”.  He accused China of using its economic and commercial policies and the country’s “Belt and Road Initiative” to “gain competitive advantage over the United States” and to “hold states in Africa captive to Beijing’s wishes.”   The Trump Administration’s effort to put Africa into the middle of Washington’s complex relations with China was a major mistake and a dangerous re-run of a bad policy from the past.

For American to succeed in Africa, the U.S. must show up and most importantly recognize the intrinsic importance of the continent and its people.  Africa is not interested in being caught in the middle of a new cold war between Washington and Beijing.  And to insert Africa into American’s complex relations with China does little to advance U.S. interests across the continent and throws the U.S. into an unhelpful – and probably unwinnable – debate and competition about which super power is doing the most for Africa.

Africa will find Biden to be an enthusiastic partner looking for opportunities to work with leaders to revitalize and rebuild the current frayed relationships.

The first step in this process has started. The Biden Administration has already rolled back and reversed some of Trump’s most egregious policies toward Africa.   And he has already started to restore America’s standing across the continent by reaching out to the AU leadership and to several other senior African leaders on the continent.

The President has backed up its first steps by nominating an experienced group of senior foreign policy experts, all of whom have traveled across Africa.  His nominee for U.S. ambassador to the UN, Linda Thomas Greenfield, is one of Washington’s top Africa experts, having previously run the State Department’s Africa Bureau and served earlier as the U.S. ambassador in Liberia.  She is well known and well liked in African capitals.   Although she will be based in New York, I suspect she will use her position at the UN and her seat in the Biden cabinet to be a strong advocate for African engagement with Africa.

The Biden Administration has an opportunity to “build back better” in Africa and to construct a stronger and more strategic relationship with the continent and its youthful population, its entrepreneurial business class and its progressive and forward looking leaders.
To do so, it must elevate Africa as a priority. It must take Africa and its most important countries more seriously.  It must avoid falling into a Cold War paradigm of making Africa a point of aggressive political competition with China. And it should not make counter terrorism the centerpiece of its policies.

This is the moment to recognize Africa's intrinsic importance:

It must also recognize not only what Africa is today, but also what it can be in the future.

In order to do that, the Biden Administration has to pursue policies that help entrench the U.S. partnership for the next several decades and beyond.  It has to be bold.

The Biden Administration appears to be committed to engaging with Africa, and I remain confident that it will unveil a new set of Africa specific initiatives that will build on the best policies of the past and will reflect a forward looking and progressive view of Africa’s growing international role and bilateral importance to the United States.      -- Ambassador Johnnie Carson

Acknowledgements:
Howard on Africa in Brief is published by the Center for African Studies at Howard University. Contributors include prominent scholars, policy makers, Howard faculty, alumni and graduate students. Our papers provide open access to research and make a global contribution to understanding Africa-related issues. The views, positions, and conclusions expressed in this publication are solely those of the author(s).