The Center for African Studies together with the Center for Women Gender and Global Leadership and the Center for Financial Excellence in association with the United Nations Development Programme Africa Bureau is offering a 3-week summer non-credit course Women's Empowerment: Entrepreneurship and Financial Literacy for graduate students, practitioners, and budding entrepreneurs in Summer 2022.

This course is now FULL and no longer accepting registrations.

The New Normal has led to a disruptive and fast-changing business environment, more of us than ever will experience the challenge of a competitive workplace with fewer opportunities for employment. Embracing the skills of entrepreneurship can enable the launch of successful and viable new business ventures.

This course will provide insights on how to seize opportunities amid challenges with the specific focus on the unique characteristics of doing business in Sub-Saharan Africa.

The course spans over 3 weeks with the aim of equipping graduate students, practitioners, and budding entrepreneurs on how to do Business in Africa. Delegates will be exposed to a valuable networking experience and pracademic approach which consists of best practice methodologies and industry experts on how to find the right opportunities on the continent and translate these into tangible businesses.

By the end of this course, you will:

Students will use preparatory materials such as videos and readings to work through on their own. Followed by synchronous Zoom sessions on Tuesdays with networking, Q&A, reviews of case studies, and collaborative exercises.

Each week comprises of:

About the Course Facilitator 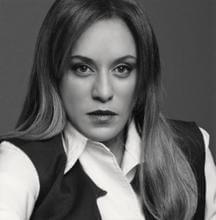 Dr. Horne has been a facilitator, lecturer and guest speaker on Political Economy and International Relations in Africa at numerous institutions such as London School of Economics, School of Oriental and African Studies (SOAS) - University of London, the University of Johannesburg, John Hopkins University, and the Centre for Strategic and International Studies (CSIS) -Washington DC. Passionate about enterprise and skills development, she was also the Head of the Gordon Institute of Business Science (GIBS)- University of Pretoria Broad-based Black Economic Empowerment (BBBEE) Unit. Dr. Renee Horne is currently the Chairperson of the South African Supplier Diversity Council (SASDC), an organization that assists in increasing linkages between multinationals and SMEs on the African continent.  She is also the creator and Director of the International Leadership Executive Development Programme (ILED) at the SASDC. Dr. Horne is a member of the Institute of Directors in Southern Africa and the Wits Business School- University of Witwatersrand, Director of International Programmes. She has been recently appointed as the Non-Executive Director of the South African Broadcasting Corporation.

Dr. Horne holds five degrees, three degrees (BA – Law, Hons, MA) from the University of KwaZulu-Natal and two degrees (MSc and PhD) from the School of Oriental and African Studies (SOAS), University of London. Her areas of interest are Opportunities and Investments in Africa, BRICS economies, Macroeconomic Policy, and Broad-based Black Economic Empowerment.