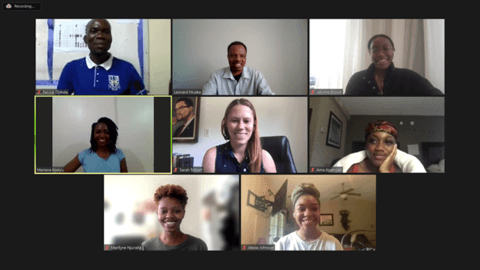 During Howard University’s first African Language Summer Institute 7 languages were taught. These languages were Amharic, Arabic, Somali, Swahili, Yoruba, and Zulu. There were close to 60 participants at different levels from different universities. What was covered in the summer is what students would cover in one year during the regular semesters.

The main goal from the start was to increase the language proficiency of each participant. Consequently, one unique feature of this institute was the engagement with conversation partners who were native speakers of the target languages. Some of the conversation partners were based in Africa in places such as Kenya and South Africa. Students who participated in the institute clearly increased their language proficiency because of the overall structure of the institute and the level of engagement that the native speakers brought in. This experience gave the students a taste of the target culture even though they did not travel to Africa.

At the end of the institute students showcased what they had learned throughout the summer by presenting skits, singing, recitals, etc., in their target language. In the future, we hope to invite representatives from the embassies in Washington DC and at the same time engage the diaspora communities so that their children can be exposed to the many African languages we offer. 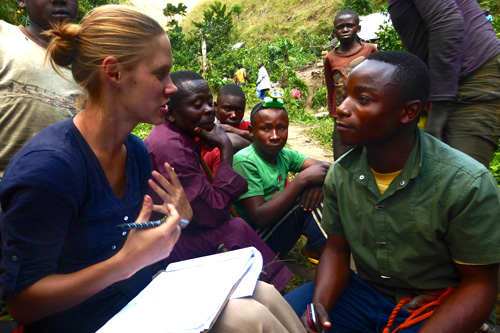 “You would be proud to know that when I was in Congo, I was interviewed on the local radio in Swahili and was able to respond to about 70% of the questions! It was great getting to use my new language skills from course and people loved that my Swahili was Kenyan- safi- Swahili.”
– Sarah Tolbert, Ph.D. student, University of Wisconsin - Madison