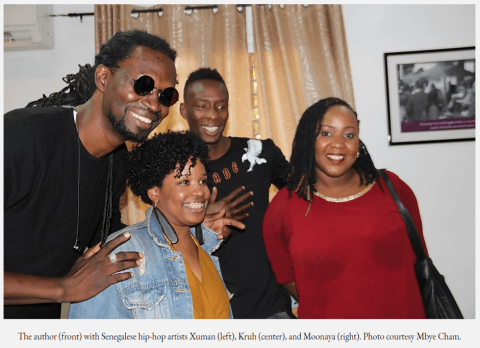 In this essay, Kimberly Monroe, assistant professor of global affairs at Trinity Washington University in Washington, D.C. and a 2020 participant in CAORC’s faculty development seminar to Senegal, reflects on her personal and professional journey to West Africa and the deep musical and cultural traditions that live on in Senegal's contemporary artists.

I write this reflection in the spirit of
Cheikh Anta Diop,
Aline Sitoe Diatta,
the women of Nder,
and the African warriors who continuously
fought for the liberation of Senegal and Africa.
Jerejef!

During a two-week professional development opportunity, that felt more like a pilgrimage for many on the journey, a group of faculty members from across the United States became awakened by the profound history of Senegal, West Africa. In the course of our stay, we became students of migration, women’s issues, and religion, taught by esteemed Senegalese lecturers. We ate the traditional cuisine thieboudienne, danced to Phillipe Monteiro, and sat at the feet of Queen Fatou Mane on Sippo Island. We saw famed Senegalese poet Léopold Sédar Senghor’s dream realized by touring the Museum of Black Civilizations in Dakar, astonished by the overflow of world history. Some of us spiritually felt and heard our ancestors when we settled our feet on the sacred shores of Gorée Island. Watching the waves crash against the stone bricks, one can only imagine the suffering that was endured for a wicked cause, in a place so beautiful. Being inside the Maison des Esclaves (Slave house) was a returnee ritual that allowed me to walk out and re-enter the “Door of No Return.” I returned for those enslaved and shipped across the Atlantic waters, each divine elemental force, the ancestors, both in my direct bloodline, and those who are venerated by the collective. It was a journey that so few have made, but all should experience.

One of my favorite quotes by John Henrike Clarke states, “History is a clock that people use to tell their political and cultural time of day.” Senegalese hip-hop artists embrace these sentiments by putting theory into practice. The seminar’s panel “Youth, Popular Culture, and Politics” featured Senegalese hip-hop artists Moonaya, Xuman, and Kruh. To provide a transatlantic comparison, their style of lyricism would fall under the category of artists like Talib Kwali, Common, and most recently female rapper Rapsody. They are what American hip-hop lovers would call “conscious” or “political” rappers. Senegalese rap artists, like Xuman who created the Journal Rappé, write and perform songs that strike against injustices, provide a voice for the marginalized, and inspire social engagement among their audience to promote change. As a result of their conscious lyrics addressing history, resistance against state institutions, and push for Pan-African solidarity, artists in West Africa are often referred to as modern day griots. 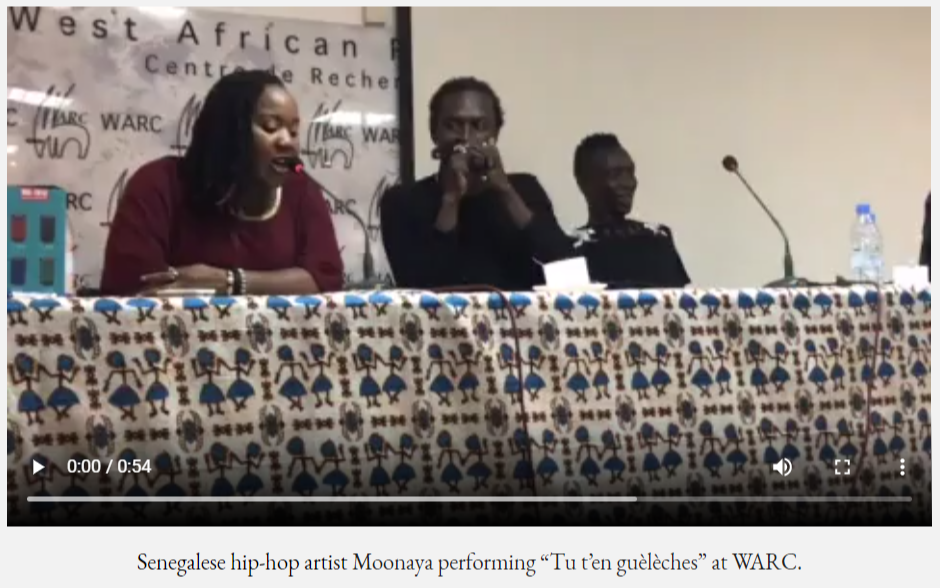 A griot is a West African storyteller, poet, singer, musician, historian, and the keeper of oral tradition. The role is so highly regarded that when a griot died in Senegal, the community would bury him (or her, griottes) in the tomb of the baobab tree, also known as the “tree of life.” In addition to being Senegal’s national symbol, the baobab tree serves many purposes—medicine, food, and drink. The baobab tree can live up to 6,000 years, which is older than the Great Pyramids of Egypt. Cutting down a baobab tree is illegal and a taboo. It reflects what Kenyan writer and intellectual Ngugi wa Thiong’o refers to as the dismemberment of Africa, the cutting off of memory and divorcing it from its precolonial and historical tradition. Since there is no region, culture, or nation today that has not been infected by colonialism and its aftermath, contemporary griots are a necessity today.

Dialogues with locals led us to learn that burying a griot inside of the baobab tree can be understood in two ways: 1) a griot didn’t work the soil and, therefore, could not be buried in the ground, at risk of causing a drought; and 2) griots are considered sages and repositories of knowledge. When they are buried in the ground, it would be as if they were burying history. By burying them in the trunk of the sacred tree, it ensures that history endures, just as the baobab tree does. 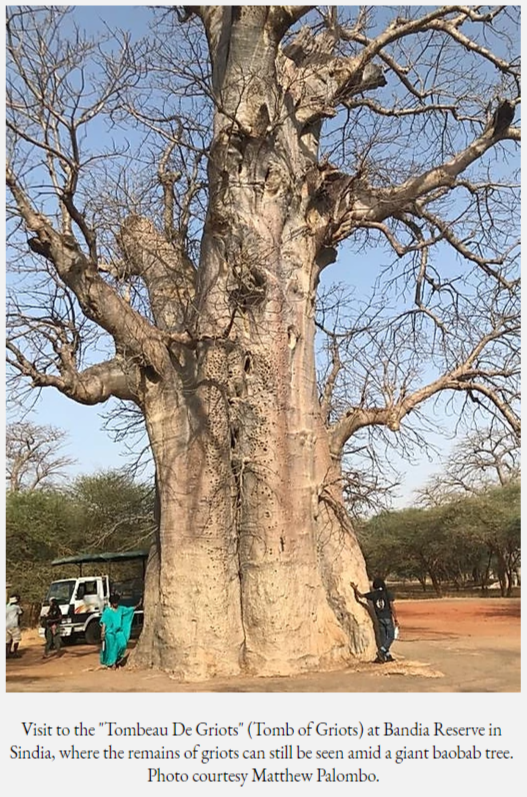 Rappers, like griots, are to their communities valuable human instruments who are entrusted to carry and preserve society’s history and culture. They build on the rich and complex hip-hop tradition and respect the tradition through historically ground and contextualized critical insights. I use hip-hop as a pedagogical tool in my African Diaspora and general history courses. The music generates intellectually rigorous discourse and demonstrates how artists are society’s storytellers. Nina Simone eloquently stated, “it is the artist’s job to reflect the times.” Hip-hop artists continue to carry on the Black radical tradition outlined by Cedric Robinson. They invoke a tradition of resistance formed within a unique historical, cultural, and political perspective. Finding its roots in Africa, the resistance tradition of black communities throughout the African Diaspora have all fought against colonialism, capitalism, and imperialism at some point in history.

Using hip-hop from the African Diaspora in the classroom allows my students to gain knowledge about countries like Senegal and a richer understanding of Africa that extends beyond the stereotypes often portrayed negatively in the media. Furthermore, as a cultural historian of the African Diaspora with a personal connection to Senegal, my seminar experience was not merely academic based, but an ancestral pilgrimage home. It was enlightening as well as healing. It was everything that I never knew I needed. My return allowed me to gain sisters, friends, and an opportunity to learn from colleagues across the U.S. More importantly, it provided me with new insights on West Africa to share with my students. From the sandy streets of Saint-Louis to the mangroves of Toubacouta, Senegal is a beautiful country that was familiar in a sense. I am forever grateful to have experienced the dancing, language, and people. Now, let’s have some attaya (Senegalese tea). 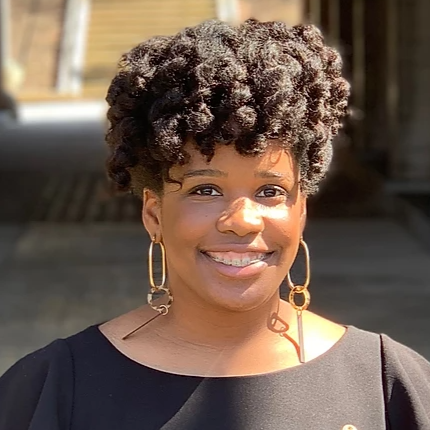 Kimberly Monroe is assistant professor of global affairs at Trinity Washington University in Washington, D.C. She was one of 16 participants in the CAORC-WARC Faculty Development Seminar on Diversity, Religion and Migration in West Africa, January 6–23, 2020.