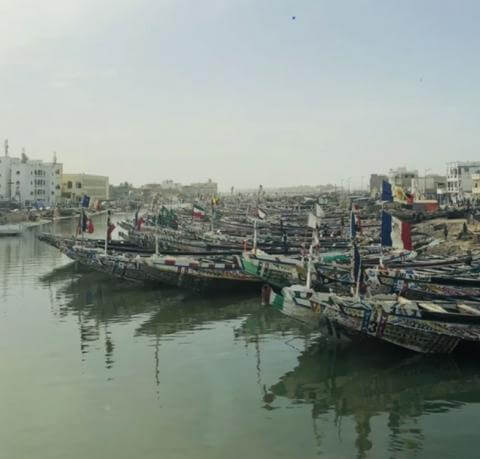 In this essay, Hoa Nguyen, professor of economics at Montgomery College in Maryland and a 2020 participant in CAORC’s faculty development seminar to Senegal, discusses how the country’s traditional linguistic, cultural, and geographic diversity may be the key to its future economic prosperity. All images are courtesy of the author.

Our trip to Senegal was my first time visiting Africa. I joined the CAORC-WARC faculty seminar hoping to understand the way of life in Senegal and bring back positive images of West Africa to my classes. My experience there opened my eyes and my heart beyond what I expected.

The first surprise was hearing the multitude of languages spoken in Senegal. People we met were often fluent in several languages, including Wolof, French, and English. This linguistic diversity reflects the country’s deep colonial past, which saw Senegal under the influence of various European powers. Thus, while French is the official language, the Senegalese also proudly speak and identify with their indigenous languages. They switch languages with such ease that listening to them is like listening to the hymn of a nation that prioritizes harmony and stability.

Senegal’s harmony can also be seen in the peaceful coexistence of religions and the various orders of Sufi Islam, including the Tijaniyyah, the Mouridiyyah, the Qadiriyyah, and the Layene, just to name a few. During our trip, we had the opportunity to visit the Great Mosque of Touba, which is the heart of the Mouride Brotherhood. I was mesmerized by its grand architecture and the solemn library of Cheikh Ahmadou Bamba, the order’s founder, which included beautiful copies of the Quran. After touring the Great Mosque, we had the honor of meeting one of Ahmadou Bamba’s descendants, Sokhna Mai Mbacké. She generously hosted us for lunch and discussed Mouridism and the promotion of women’s status in society. As an economist and a Finance and Administration officer of the Universal Health Coverage Agency (Ministry of Health and Social Action), she is a role model for many young girls to follow. 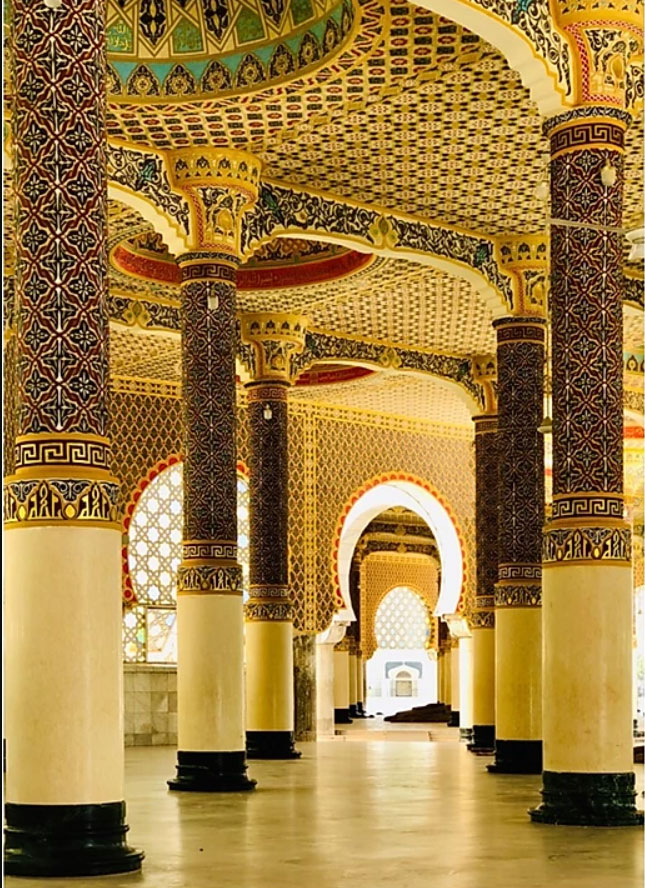 Thanks to its diverse yet temperate climate, bountiful natural resources, and geographic location aside the Atlantic Ocean, Senegal has great potential for economic diversification. While the value of traditional industries like agriculture, forestry, and fishing has gradually declined in terms of the country’s overall Gross Domestic Product (GDP) (from 22 percent in the 1960s to 14 percent today), there is growing space for new industries and services, including phosphate mining and fertilizer production. What is more, given Senegal’s beautiful coasts, complex ecosystem, and prided hospitality, the country is becoming more attractive to foreign tourists, especially surfers. At 6 percent in 2018, Senegal has one of the world’s highest real GDP growth rates. Equally important, the recent discovery of offshore oil and gas reserves promises to provide a new boost to the economy.

Despite its rapid growth, Senegal has also managed to keep its carbon dioxide emissions per capita relatively low, while the government has taken a number of steps to reduce illegal poaching, desertification, and over exploitation of fish stocks. Adopted by the Senegalese government in 2014, the “Plan for an Emerging Senegal” acknowledges the green economy as a means to achieve basic social needs and sustainable development.

Throughout the trip, I sensed a mix of hope and uncertainty. People were optimistic about the economic opportunities that would come with a more independent financial market. However, getting Senegal’s currency (the West African CFS franc) off the fixed exchange rate with the Euro might prove challenging, at least in the short run. A stronger currency might mean a decrease in the nation’s exports, while a weaker currency might lead to inflation. Being in Senegal and talking to local people gave me a deeper understanding of how the outcomes of post-colonial monetary policy are more complex than those found in standard macroeconomics textbooks. 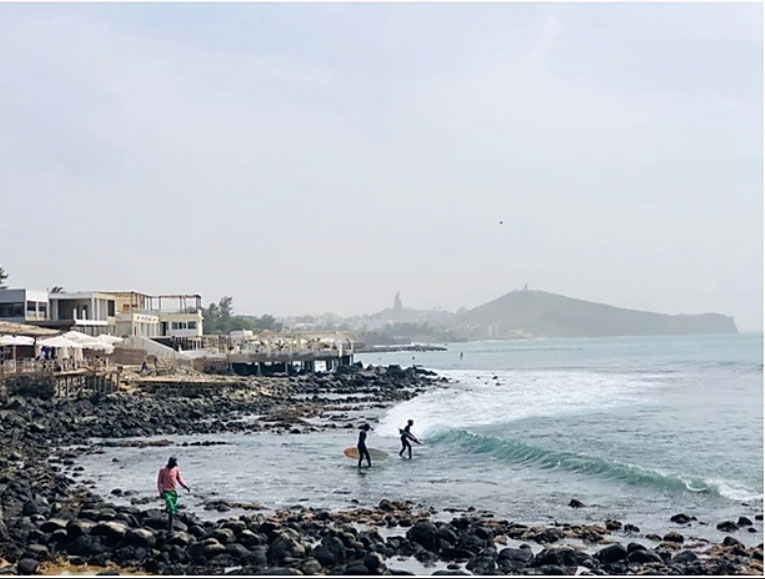 Standard macroeconomic models are based on the assumptions that the government has the power to control monetary reserves and the banking system, that the government acts in people’s best interest, and that information is widely available and that people are free to do what is best for themselves. Those things might not be true in modern Senegal, where the legacy of colonial power and influence is still pervasive. Hence, outcomes are hard to predict and might have strong negative impacts on society’s most vulnerable. Students need to see the bigger picture in each country’s economy, and how perfectly designed economic theories learned in the classroom actually look in the real world.

Similarly, offshore drilling could create new jobs, but the country’s workforce, especially women, may not yet be able to take advantage of such positions. The fast-growing oil industry might attract foreign investment and specialized workers, which could lead to imbalance of labor and costs in other industries. This would widen income disparity and gender inequality. It is easy to tell students that increasing education is the solution. But when I saw Senegalese women struggling to make a living while taking care of their extended families, I felt for them and realized that investing in schooling is just the beginning.

This was also acknowledged by the female speakers we heard during our visit. They were successful and well-known women in their fields, including educators, policy makers, and artists. They agreed that to narrow gender discrimination, it must start with changing society’s mindset about women’s rights and existence. This, again, shows the importance of teaching economics in a more informed setting and taking into account local culture and beliefs. Inspired by what I have learned from Senegalese women, I designed an open-source assignment for my Macroeconomics class to raise awareness of gender issues in labor markets beyond the United States.

Luckily, young people in Senegal are well aware of and vocal about key social and economic issues, including income inequality, human rights, and political accountability. They are receiving increased support from different entities to pursue their dreams, develop their identities, and maintain the delicate balance between traditional values and foreign influence. They are the promise of a better future. My interaction with so many young and bright people during our trip leaves me with good memories and hope for Senegal’s fast-growing economy, without sacrificing its valued culture and traditions. Being a woman, fighting all odds to find my footing and identity in the New World, I naturally yearn for Senegal to set sail into the wind of growth. Senegal means “Sunuu Gaal” or “Our Boat” in Wolof. And a boat must sail! 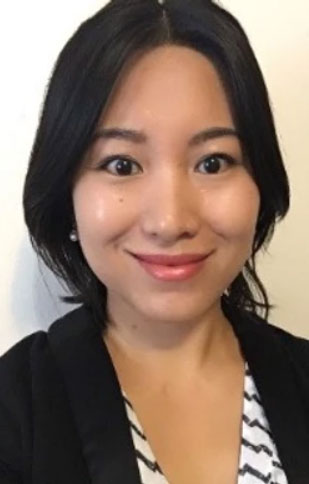 Hoa Nguyen is assistant professor of economics at Montgomery College in Rockville, Maryland. She was one of 16 participants in the CAORC-WARC Faculty Development Seminar on Diversity, Religion and Migration in West Africa, January 6–23, 2020.