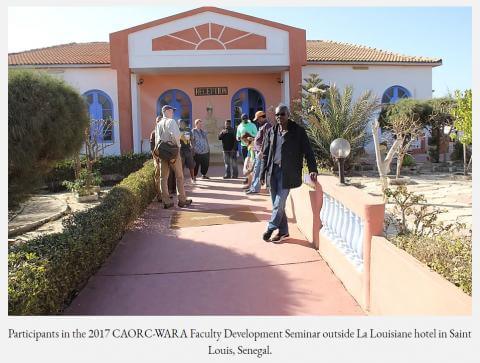 In this essay, Cinder Cooper Barnes, Professor of English at Montgomery College and 2017 participant in the CAORC-WARA Faculty Development Seminar, discusses her encounter with the "signares" in the history of Senegal's slave trade.

Community college faculty often teach fifteen hours or five courses a semester and are expected to participate in committees and perform other duties. Since our focus is primarily on teaching, concentrated time for independent research and professional development outside of our teaching area or committee function is a rarity. Traveling for said research and professional development requires funding, access to opportunities, and scheduling finesse.

I was lucky enough to get the space and time for both from CAORC. I, along with sixteen other community college and minority-serving institution faculty from a variety of disciplines, attended the 2017 CAORC/WARA Faculty Development Seminar in Senegal to learn about the West African country and determine ways that we could incorporate what we gleaned and observed into our curricula.

Senegal has a rich history, culture and religious tradition, and lecturers from the West African Research Center and Cheikh Anta Diop University ensured that we saw different facets of the country—from the mangroves island of the Fatick Region to the Grand Mosque of Touba. Senegal’s art, cinema, music, politics, and religion—we were given a taste of them all.

The pre-departure readings and on-site lectures were made concrete through day trips around the country. It was during these outings to Saint Louis (the French stronghold) and Goree Island (the British) that I found my focus: the women involved in the slave trade either as chattel or accomplices. Of course these characterizations are gross oversimplifications of the multiple and often paradoxical role of Senegalese women during slavery, they offered subjects on which to start. Those who were complicit—whether willing or unwilling—played important parts in their communities during and after the international slave trade. The generic term for some of these women is signare.

The term signare, which was “derived from the Portuguese senhora…came to describe African women who entered into temporary marital unions with European merchants, officials, or soldiers who resided on the Senegambian coast in the era of the transatlantic slave trade” (Jones), was unknown to me before our visit to Saint Louis. There, we stayed at an inn, the Hotel Louisiane, owned and operated by a female descendant of a signare. Throughout the grounds and public area, the proprietor pays homage to her foremothers. The hotel housed an informal museum in which stands a lifesize replica of a nineteenth-century signare in the signature garb and headwear of the time. 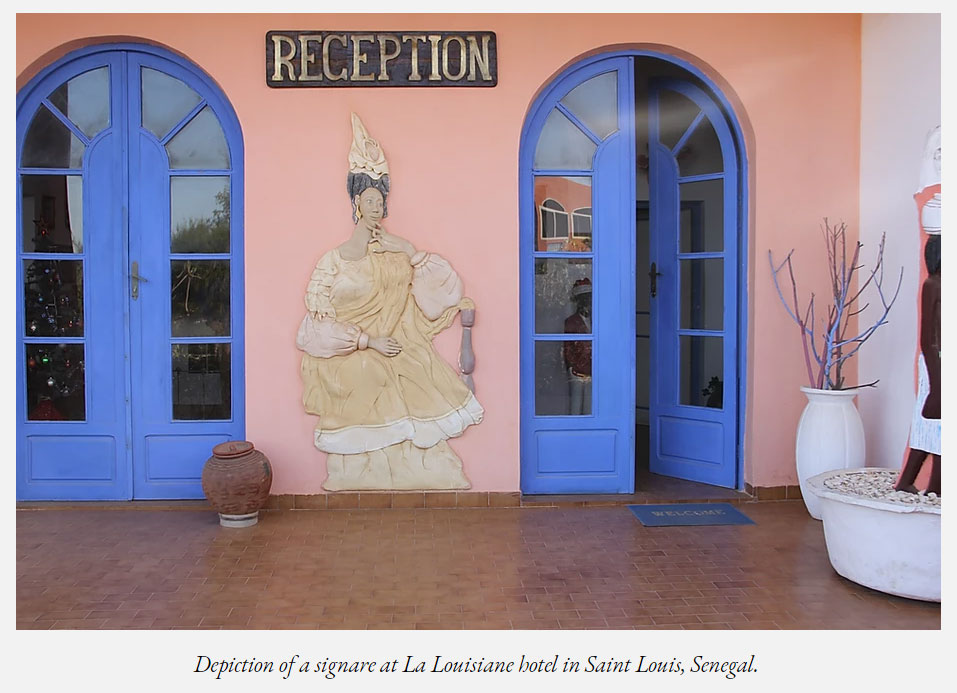 I was fascinated with these women of color, “who owned property and achieved high social standing” (Jones) and who were the “wives,” daughters, and other mixed race descendants (metis) of European slave traders. Because of their relationships with and connections to European men, signares had access to various forms of wealth including real estate, gold, textiles, and finally, slaves. Their families evolved into a new landed aristocracy, the elite class also referred to as habitants.

Though some of the economic power of the metis and signares waned after the abolition of the international slave trade, today the descendants of Signares, as seen through the owner of the hotel in which we stayed, still have a level of standing in society. They have generations of financial advantage over the average Senegalese.

With the introduction of this class of Africans, which arose during the international slave trade, I drew parallels with the U.S.’s own mixed race class, “mulattoes,” who evolved out of “relationships” between slave owners and slave women, particularly in New Orleans and other southern cities. Novels such as Signare Anna (currently out of print) by Senegalese author Tita Mandaleau and Homegoing by Ghanaian American author Yaa Gyasi, which delve into the lives of signares, can be compared to nineteenth-century works by African American novelists such as Nella Larsen and Charles Chestnutt whose works The Mulatto and Passing highlight these controversial and often fraught relationships.

Indeed, texts such as those mentioned above and artifacts preserved by the descendants of signares allow us to delve into aspects of Senegalese and American tradition that have been glossed over or altogether ignored, if not fetishized in the modern psyche. They demonstrate the complexity of the roles of women of color within their communities, in the slave trade, and local politics, and provide opportunities for comparative analysis and historical study. 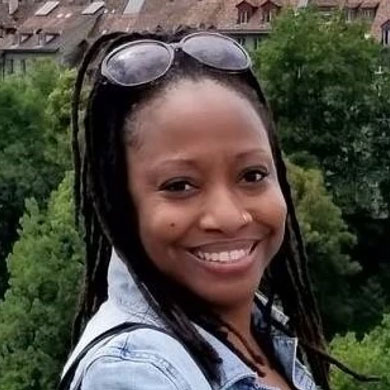 Cinder Cooper Barnes is a professor of English at Montgomery College in Takoma Park/Silver Spring, Maryland, where she is a fellow with the Global Humanities Institute. She traveled to Senegal through a fellowship program with CAORC and the West African Research Center. Professor Barnes’ research interests include international slavery, women and gender issues, and social justice.