Now in its 18th year, the New African Film Festival (NAFF), presented by AFI and Africa World Now Project, brings the vibrancy of African filmmaking from all corners of the continent and across the diaspora to the Washington, DC, area. 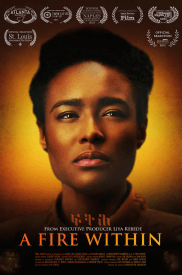 See the 2022 New African Film Festival program on their website.

A FIRE WITHIN (March 20th) - an award-winning human rights documentary that chronicles the unbelievable journey of three Ethiopian Women who are survivors of torture & their historic attempt to bring their own torturer to justice here in the U.S.