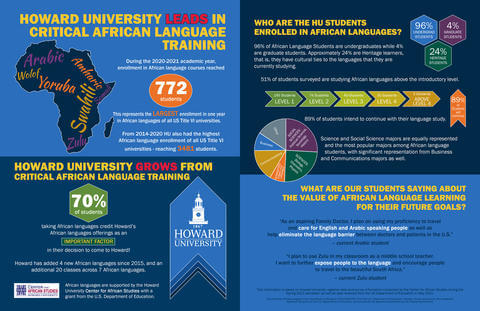 Who are the HU students enrolled in African languages? 96% of African Language Students are undergraduates while 4% are graduate students. Approximately 24% are Heritage Learners, that is, they have cultural ties to the languages that they are currently studying. 51% of students surveyed are studying African languages above the introductory level and 89% of intend to continue with their language study. Science and Social Science majors are equally represented and the most popular majors among African language students, with significant representation from Business and Communications majors as well.

What are Howard students saying about the value of African Language learning for their future goals? “As an aspiring family doctor, I plan on using my proficiency to travel and care for English and Arabic speaking people as well as help eliminate the language barrier between doctors and patients in the U.S.” – current Arabic student. “I plan to use Zulu in my classroom as a middle school teacher. I want to further expose people to the language and encourage people to travel to the beautiful South Africa.” – current Zulu student.

This information is based on Howard University registrar data and survey information conducted by the Center for African Studies during the Spring 2021 semester; as well as data received from the US Department of Education in May 2021. 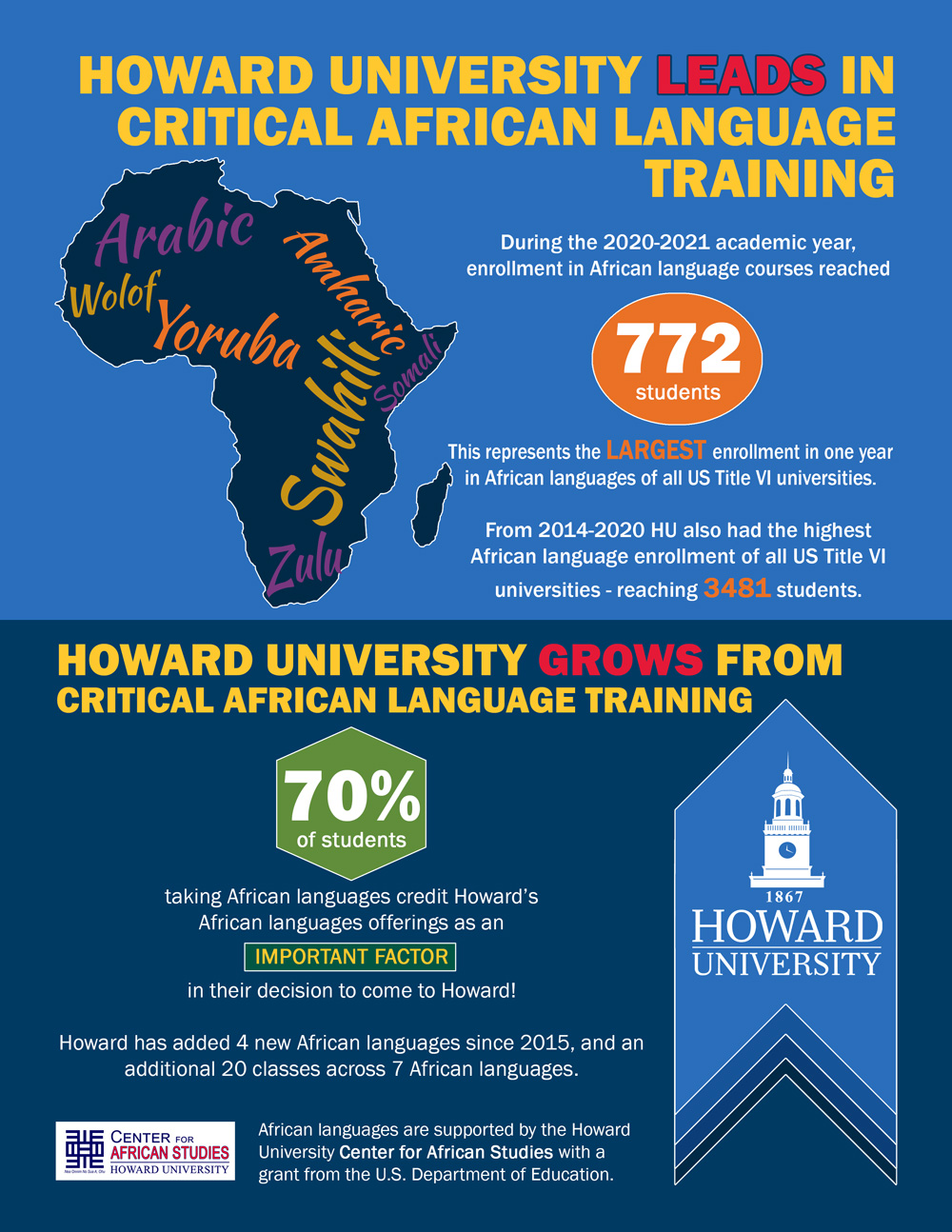 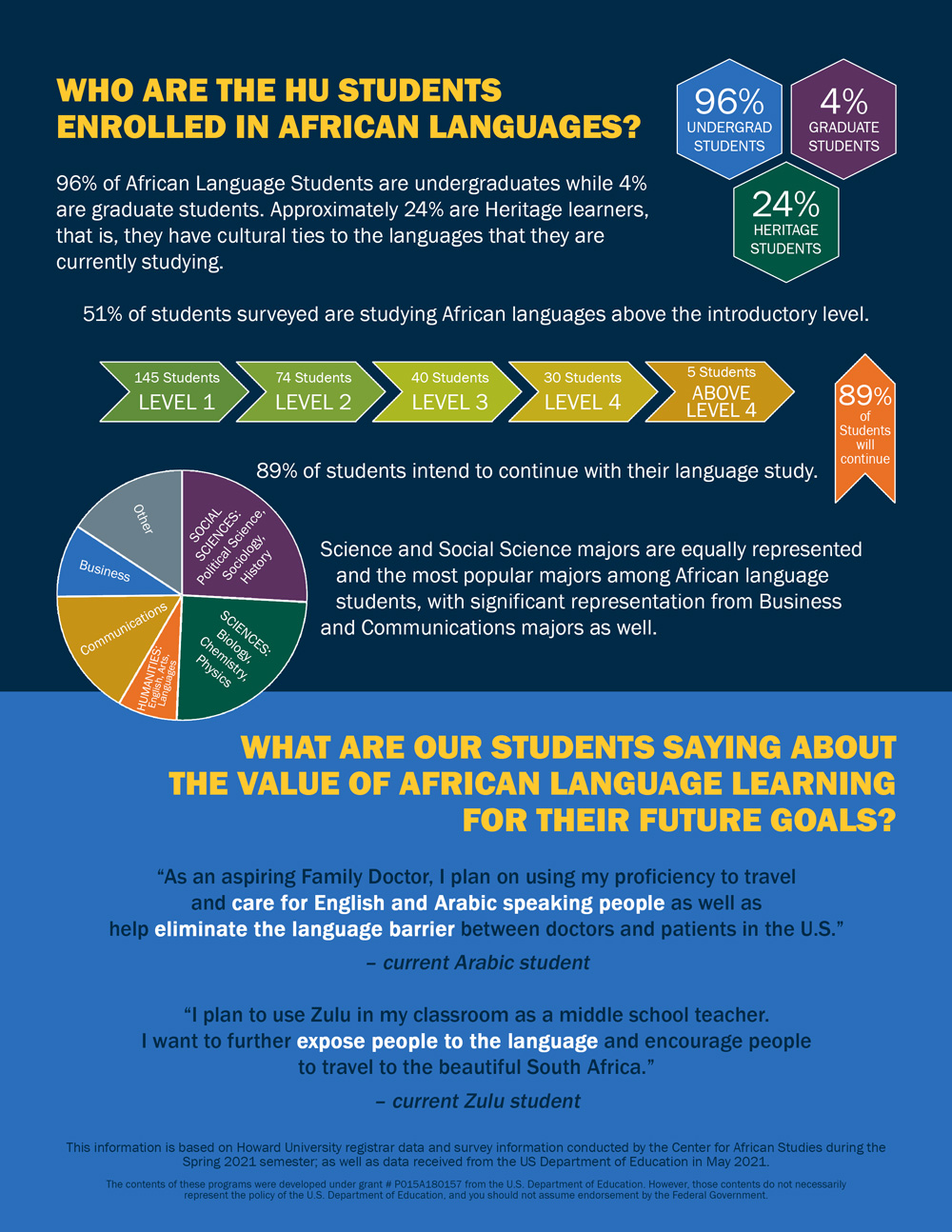