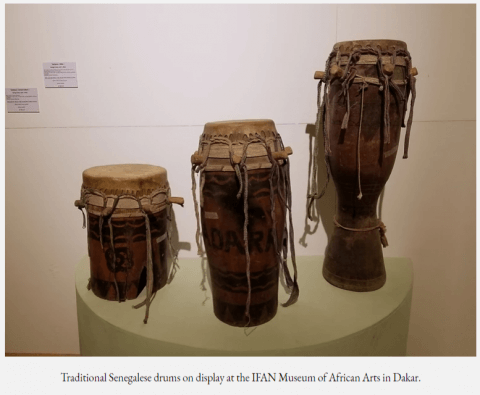 IIn this essay, Verny Varela, a Spanish instructor at Howard University and a 2020 participant in CAORC’s faculty development seminar to Senegal, highlights the many cultural and especially musical connections between West Africa and Colombia, where he was born and raised. All images and videos are courtesy of the author, unless otherwise noted.

I study the influence of West African culture on Latin America, and the 2020 CAORC Faculty Development Seminar to Senegal was an enormous opportunity for me to experience African culture and music face to face. It was my first time on the African continent, and I found several elements that we Afro-Colombians have in common with African traditions. During the seminar’s opening reception at the West African Research Center, I noted many cultural elements—music, cuisine, clothing—that were very similar to those found in Latin America. And even though I don’t speak French or Wolof, I found I could communicate with music, the universal language. In the middle of the reception, the band started playing a song (Yaaye Boye) that I was familiar with and I joined them on stage for the performance. The four-piece band, led by the well-known Senegalese guitarist and composer Vieux Mac Faye, featured a keyboard, bass, guitar/vocals, and drums. The percussionist was the magical element that gave the music its African flavor, with the djembe and the tama, both traditional African instruments. It was an unforgettable moment for me because I felt like I was in a very familiar place. I did not feel far from home.

One of the band members demonstrating how to play the tama.

Drums have special relevance in African cultures and I familiarized myself with various types during the seminar. Both the Museum of Black Civilizations and the IFAN Museum of African Art featured wonderful gallery displays about drums, giving their names and the different social and ethnic groups to which they are associated. I also experienced the power of drums during a nighttime wrestling match, a popular spectator sport and pastime in Senegal. It was a magical and mystical event in which the wrestlers seemed to move in rhythm with the drummers to encourage themselves. The drums seemed to create an environment of confidence and strength for those waiting on the sidelines for their turn to wrestle. The rhythms and beats also served to spur on the audience as they cheered for their favorite contestants.

The setting and sounds of a wrestling match our group attended in Toubacouta.

Another instrument with deep traditions is the balafon, which is similar to a Western heptatonic xylophone. It dates back to the 13th century and the Mande Empire of Mali. The balafon, also known as the Sosso-Bala, is considered a sacred instrument, a symbol of freedom and unity for the Mandingue community. In 2001, it was inscribed by UNESCO as part of humanity’s Intangible Cultural Heritage. I knew something of the instrument’s importance in African cultures because of my earlier research into African influences along Colombia’s Pacific Coast. In this region of Colombia, one finds a similar instrument, the marimba, which is used to play the rhythms of Currulao, a musical tradition with clear African influences. As a professional musician, it is remarkable to see the structural similarities between the two instruments. I was so fascinated with the balafon’s history and sound that I brought back a small example to share with my students. 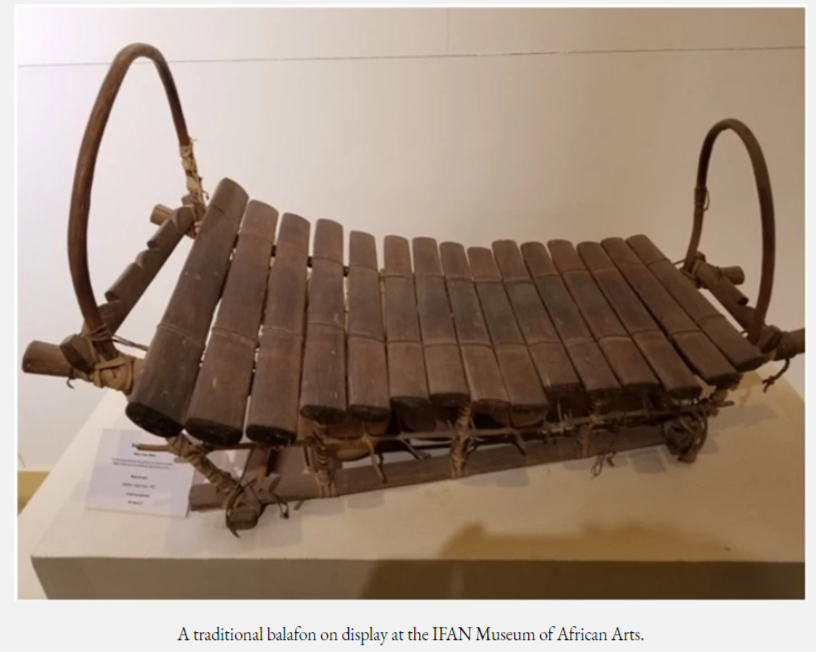 Finally, while the West African cultural influence on Latin America is clear, the seminar’s visit to Gorée Island will also help me introduce my students to the history and unwilling presence of Africans in the Americas. Here, I have chosen an excerpt from the poem “Los Orichas,” which appears in Afro-Colombian scholar Manuel Zapata Olivella’s novel Changó, The Biggest Badass, to express the emotions I felt when visiting the “House of Slaves” on Gorée Island. 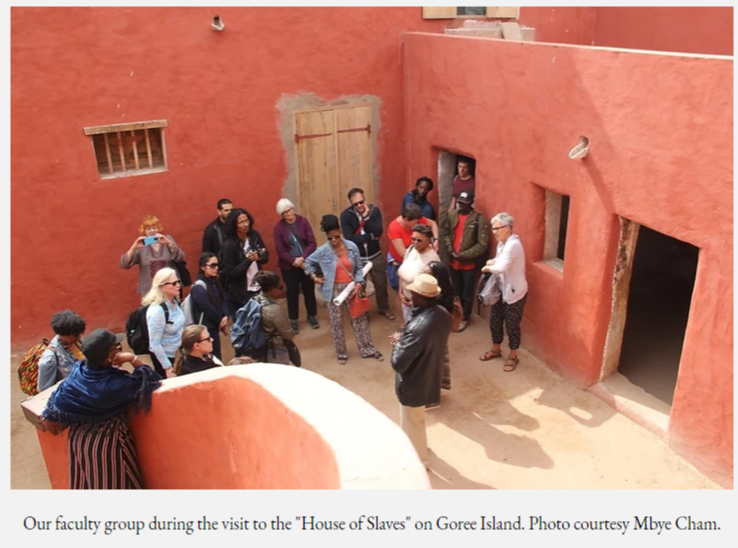 Visiting Gorée Island was an emotional experience, imagining the struggles that our ancestors faced. The site has become a tourist attraction where visitors unfamiliar with the history often behave indifferently to stories recounting the many horrific episodes that took place there. While I am certain that our local guide that day must have explained the history of the site numerous times, to countless visitors, I still noticed that he could not hide his sadness and, as our group walked through the slave house, his tone grew somber recounting its history. 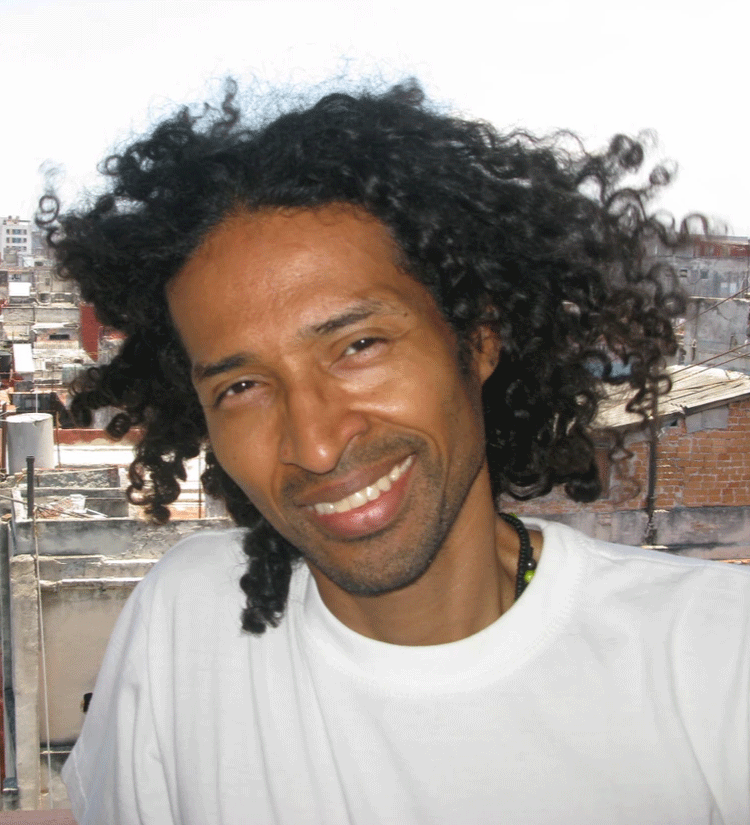 Verny Varela is a lecturer in the Department of World Languages and Cultures at Howard University, as well as a musician who studies the links between African and Latin American musical traditions. He was one of 16 participants in the CAORC-WARC Faculty Development Seminar on Diversity, Religion and Migration in West Africa, January 6–23, 2020.