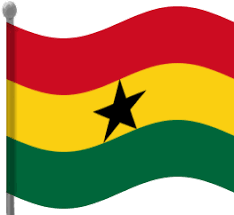 A guide, created to support the study and teaching of the Freshman Seminar’s Common Text for the Academic year 2014 - 2015. It is an Interdisciplinary Resource, based on W.E.B. Du Bois’s “The Education of Black People” 1940.


Specifically, this volume is a compilation of ten essays / speeches penned by W.E.B. Du Bois, and delivered by him on different occasions to students and faculty of three Negro/ Black / African American Institutions of Higher learning, during the period 1906 – 1960. He delivered these lectures to, Fisk, Hampton and Howard University. The first presentation of this volume was entitled “Seven Critiques of Negro Education, 1908-1938”.  Du Bois specially selected these first seven critiques with the intention of having them published in 1940. However, the University of North Carolina Press, after much delay and filibuster, refused to publish the volume, citing “financial reasons”.

In 197l, eight years after the death of W.E.B. DuBois in Ghana, Herbert Aptheker, Du Bois’ Official Bibliographer, together with Du Bois’s widow, Mrs. Shirley Graham Du Bois, decided to expand upon the project to include three additional essays /speeches of Du Bois, to the collection. They published ten pieces, ranging in date from 1906 to 1960, thereby adding to the volume another 20 years of thought, discussions, intellectual growth and Scientific Sociological research and findings, on the subject of Negro Education. Aptheker and Shirley Du Bois then changed the original title from “Seven Critiques of Negro Education 1908-1938” to the more profound title:

“The Education of Black People”

This new title encompassed a wider range in Du Bois’s Educational Philosophy over time.  It enhanced and strengthened the surety of his convictions; founded on built in systemic, scientific and sociological research for over half a century. By expanding on the timeline and adding new content, Aptheker and Du Bois broadened the scope of the volume, which then emerged as the preeminent treatise on the problem of an Educational Philosophy for Black people. To date, nothing else comes close.

W.E. B. Du Bois was a traditional Race man.  He did not believe that the Negro Race could study the same curriculum as schools where the core belief was that of the oppressor.  Where the prescribed doctrine, based on race, held that Black people were incapable of intellectual rigor, or that they lacked the capacity to engage and challenge the brain.

Du Bois therefore hoped that Black people would comprehend the scope of the undertaking of creating their own system of Education based on their own Educational Philosophy as a basis for Black Cultural, Black Economic, Black Scientific and Black Social thought and upliftment.  With each essay, he documented his findings, systemically and scientifically.  He recorded the response he received… and recorded his own response to those criticisms. In 1940 he writes thus…

“…As I looked these talks over, my first temptation was to edit them into a statement of my Present views.  But on reflection, it seemed to me Better if they were left standing as they are, as a sort of living record of reaction, written out before delivery and set down with some care.  They would in a way tell more of what Negroes have been thinking concerning the development of their education especially in the colleges. I am therefore publishing these seven talks with explanations of their occasion and some of the results of their delivery.”

In effect, Du Bois was conducting Qualitative Scientific Sociological Research on the problem of Negro Education over a period of half a century.  One of the speeches, entitled “Education and Work” was given here at Howard University in 1930, where Du Bois was being given an Honorary Doctorate.  On this occasion, Du Bois spoke openly about the controversy; his philosophy against that of Booker T. Washington over the problem of Negro Education. And he writes…

“…Between the time that I was graduated from college and the day of my first experience at earning a living, there was arising in this land, and more especially within the Negro group, a controversy concerning the type of education which American Negroes needed…..”  Du Bois, Education and Work. 1930. Speech at Howard University.


“…I want then today in the short time allotted to me, to state, as plainly as I may, the problem of college and industrial education for American Negroes, as it arose in the past; and then to restate it as it appears to me in this present aspect.”  Du Bois, Education and Work. 1930. speech at Howard University


“…First of all, let me insist that the former controversy was no mere misunderstanding, there was a real difference of opinion, rooted in deep sincerity on every side and fought out with a tenacity and depth of feeling due to its great importance and fateful meaning.” Du Bois, Education and Work. 1930. speech at Howard University

“…We hold the possible future in our hand but not by wish and will, only by thought, plan, knowledge, and organization.”
Du Bois: The Field and Function of the Negro College, Fisk University

“   what we have lost is the courage of independent self-assertion.  We have had as our goal --- American full citizenship, nationally recognized.  This has failed ---- flatly and decisively failed.  Very well.  We’re not dead yet. We are not going to die.  If we use our brains and strength there is no way to stop our ultimate triumph as creators of modern culture --- if we use our strength and brains --- And what pray stops us but our dumb caution --- our fear --- our very sanity.

Let us then be insane with courage.”

Du Bois: The Field and Function of the Negro College, Fisk University

W.E.B. Du Bois produced over 2000 titles during his lifetime of 95 years. He wrote voluminously for 80 of those 95 years. It is said that he wrote on every conceivable subject concerning the human condition. But his passion and life’s purpose was the Education and well being of “Negro folk”. He studied the subject, he documented it, he embodied it.  He became the foremost thinker, philosopher on the subject of Negro/Black Education. Some would venture to say that he was the foremost Educational scholar, and intellectual of his time. His words are true today as they were a century ago when he wrote them. His first publication appeared in an African American weekly newspaper called The New York Globe, published by a radical Historian named Thomas Fortune (1856 – 1927).  Du Bois felt forever grateful to Fortune who made him, at a very tender age of fifteen, “the Great Barrington Correspondent”.

The rest is history.

Librarian,
Head of Reference and Instructions