The Center for African Studies at Howard University presents our Black Internationalism Career Corner Talks. The first event of the series in 2021 focused on How to pursue Africa-related careers and utilize your African language skills. The following talks will bring in alumni from Howard and HBCUs, as well as members of the African Diaspora to share their experiences working in international public, private, and nonprofit industries and information on programs that interest our students, alumni, and HBCU community. 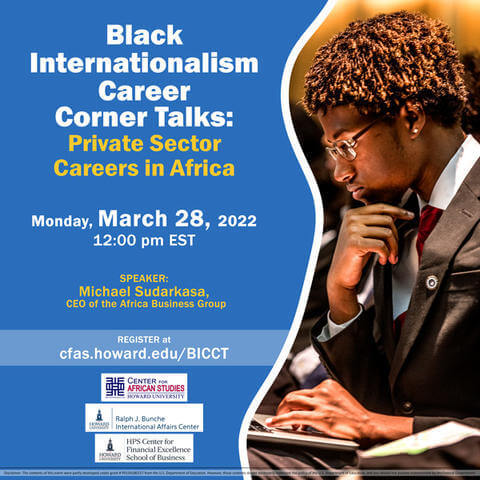 This event of the series: Black Internationalism Career Corner Talks was on private sector careers in Africa on Monday, March 28, 2022 with guest speaker, Michael Sudarkasa, CEO of the Africa Business Group.

Co-sponsored by the Center for African Studies, the Ralph J. Bunche International Affairs Center and the Center for Financial Excellence at Howard University. 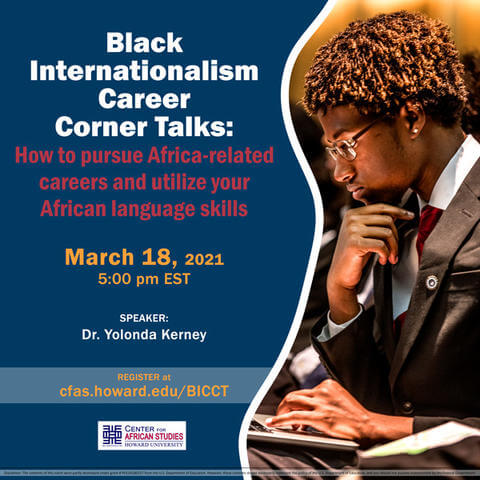 During this event of the series: Black Internationalism Career Corner Talks, Dr. Yolonda Kerney, Diplomat in Residence, spoke on how to pursue Africa-related careers and utilize your African language skills on March 18, 2021.