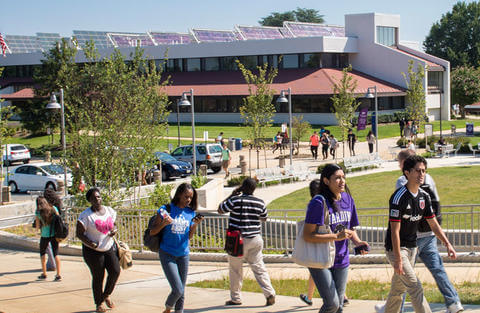 Applications for participants are now open.

"Out of many, one. Charleston, South Carolina recently erected a monument to soldiers from Saint Domingue (Haiti) who traveled to the area in 1799 to make common cause with the American Revolutionary War. Jamaican immigrants contributed to the Harlem Renaissance, the cultural movement that cross-pollinated ideas of African Americans and Afro-Caribbean creatives into a uniquely American flowering. A cause célèbre of Harlem Renaissance was support for Ethiopian resistance to Italian incursions.  Decades later, with the end of quotas in 1965, Ethiopians and Nigerians would make up the largest groups of African immigrants. Tapping into Montgomery College, Howard University, and Washington, DC’s wealth of resources, and interrogating the terms “African American,” and “Diaspora,” this institute will feature scholars from a range of disciplines sharing their research with participants who will acquire insights and resources to support publication or diversification of their curricula."